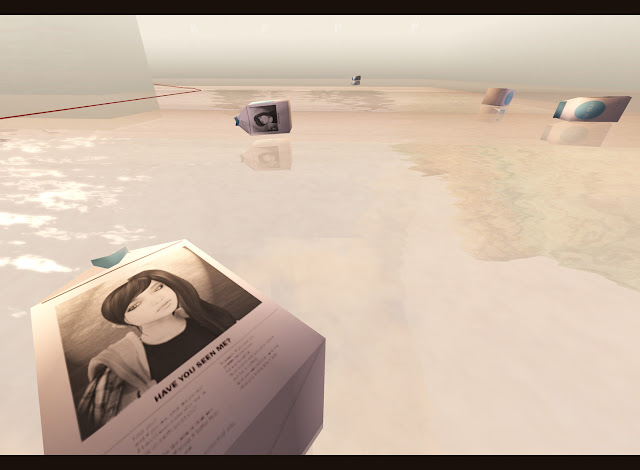 Amelia is missing.  No one is sure where she was headed, though some have seen her.


Join Amelia's disjointed attempts to figure out who her true self is. She knows she's a human being behind an avatar, but deciding if her real person is more or less real than her virtual counterpart becomes an issue she has to figure out. Doing so proves far more difficult than she could have dreamed, within the many ideas of what makes a person, the walls we place between ourselves and other people, the masks we wear -- from those that most resemble life to those that are barely made out of cardboard, and even the most fake of masks can birth a life on their own.


There's so much more to a person than what they actually see, and much more than what others see, so much that is impossible to show in words or images.

Seraph continues to add pieces to the installation, and plans 'performance interventions' in the future as well. In her own words: 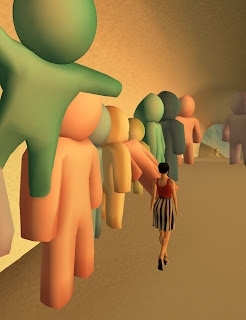 This is an attempt into a non linear narrative. There's a story behind, but there's not a direction to take between its beginning or its end. The stages shown, aren't meant on a lineal timeline. They remain  linked with the others, yet without an explicit temporal direction. They could be just frozen frames of ideas going on almost at the same time.

This is also continuation of an exchange project conducted in 2011, which involved collaboration between a group of Fine Arts students from Montevideo, Uruguay and students from Stuttgart, Germany.  My intention with this project is not to expand on the specific content of the previous, but rather to create original content in Second Life, linked to the previous work through the continued discussion of virtual worlds and the reflection of one's own and others' identity through them.

The exchange project was based on portraying oneself and the other. The discussion about what virtual worlds are and what they mean to people became central to my contribution to the project: questioning whether our avatar is a mask, or if the mask actually is the real life version of ourselves, given that virtual environments give people freedoms to 'be' and 'do' which real life tends to put limits on. In other words, the question in my mind was, does a virtual world give people the chance to create a person that is fictional (working as a mask to hide who we really are), or if the removal of restraints, and the environment a virtual world generates, allows people to lose inhibitions and be something closer to their real self than reality or society allow.

Things to know for your visit: 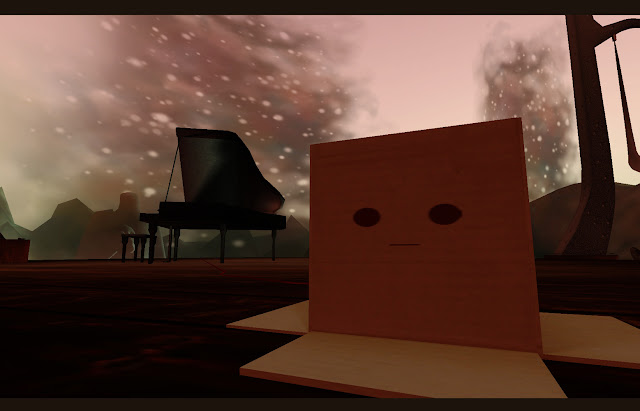