LEA14 - Coming in December to The White Cliffs of Dover 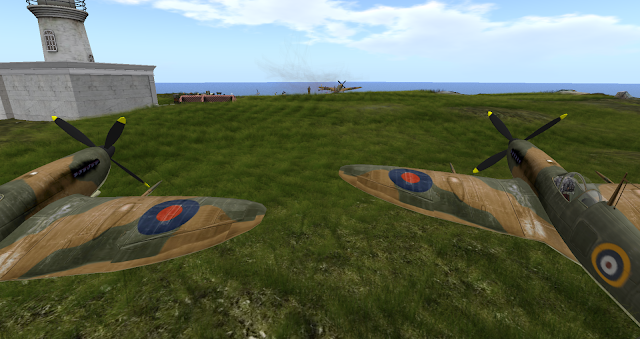 Here's an update on The White Cliffs of Dover!

First, I want to thank everyone who visited this world, making it what it was meant to be!  I've spoken with many visitors and had some very nice conversations, learning even more about Dover and the Cliffs and seeing your perspectives.

The cliffs will come down at the end of the year but will not go quietly!  I hear there's going to be a huge battle, one where the Brits will prevail! I believe it's called the Battle of Britain!  It's a big one, so it might last across a couple days.  So keep your ears open and maybe think about how you could participate in the battle as civilian or military, and help defend the homeland at the end of the year!

A video of the battles may even be in the works and you would be added to the permanent history of this amazing place!

Second, the cliffs were featured by Designing Worlds.  They did a fabulous job, each host reciting their poem of choice while standing on the cliffs' edges.

Here's the link if you wish to see it.
Designing Worlds video

But first, there will be Christmas!!