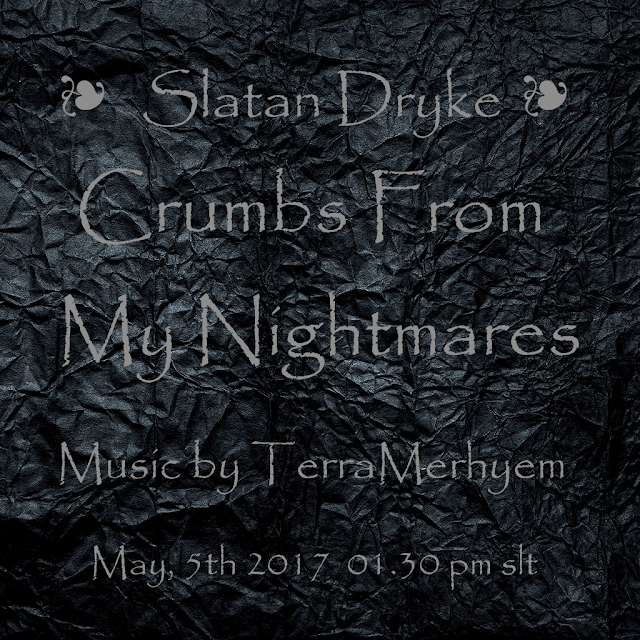 “I wish to build in such a manner as if I were photographing my nightmares”.   Slatan Dryke

“What matters is what appears in your soul, not what your eyes see and what you can name".   Slatan Dryke

How could I express what a nightmare is with simple words ?

The breaking into the nights of unknown and disturbing elements, made visible by the Imaginary as a bearer of psychic content, free from the control of the principle of rationality.

The Imaginary is not real but true, messenger of a profound truth, therefore recognizable and unacceptable.

The Imaginary with its strange and disturbing images causes the turmoil that threatens the familiarity of the daily life.

The perturbation as a feeling of fear and repulsion, arises from the risk of revealing the "ghost" of desire and how much strong is the wish to control it.

The irresistible necessity of controlling, natural in mankind, produces that protective mechanism that has enhanced the existence with monsters, vampires and ghosts, not only in dreams and nightmares.

The importance of the fascination for the deviant, is born and grows in the imagination that is the strongest and boldest expression of the intimate, even if nobody has access to its keys.

Don't panic, these are my nightmares, just MINE !


Quote References (seen on the walls surrounding the installation):

M. R. James -  "The Story of a Disappearance and an Appearance" from "A thin Ghost"

Lafcadio Hearn - " A Dead Secret" from "Kwaidan: Stories and Studies of Strange Things"