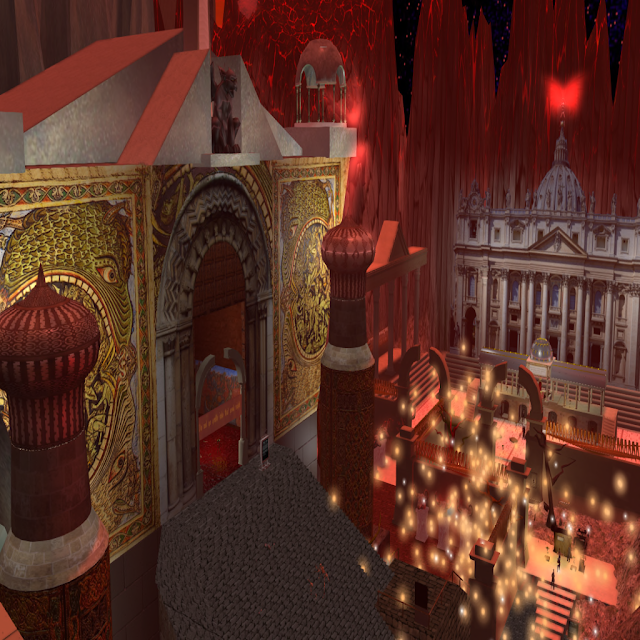 The installations on LEA17 are tableaux intended to serve as photo sets. The scenes are to be used in a real-life book project (a sort of graphic novel). They are temporary and will change as the needs of the project progress.

Angry Gods is a journey through various post-life scenarios as represented by different religious or mythological traditions, and freely interpreted by the artist. One of the consistent features is the wanton destruction of each scene.by forces either evident or not. The large satanic cathedral is wired to explode, but will only do so under certain circumstances. Debris tends to cross sim boundaries despite all effort, so the detonations can only happen: 1. when the artist is present, 2. there are no (or very few) avatars on adjacent sims, and 3. the visitor sits on a particular object.

There are signs to indicate roughly what the scenes represent, but they will ultimately only make sense in the context of the final book project. I have tried, nonetheless, to make it entertaining for the casual visitor.

Scene One is in its final phases of photography and much (if not all) of the scene on ground level will be removed within the next week or so.. This will be your last chance to see the builds in their full 3D glory!