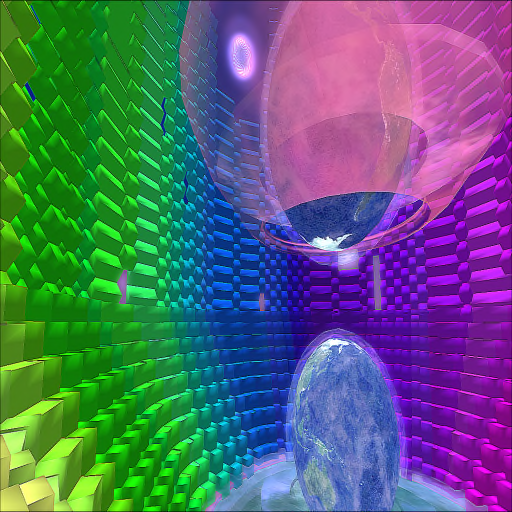 Whatever  took Earth and Universe billlions of years to form and become as we know it today, forces beyond any of our comprehension of yet have been molding everything that is out there in its present shape.

Here on LEA18, Existence in Balance, it is represented by a mere 2 Globes, rising above the water,  as coming from the Non-physical World, into the physical World.

The first Globe, Earth in its early Young years, small and still covered with ice, pictures the purity clinging to it still from the non-physical World.

The second Globe, above the first one, shows Earth almost as we know it today, full grown, ready for life. The space between the 2, can be considered ‘time’ elapsed between stage 1 and stage 2 during when Earth is evolving.

Seemingly perfect from the start, equal in shape and distance soon enough the traveler is confronted with gaps in the build, giving the structure its unique appearance.Wherever you go and wherever your gaze is drawn, nothing is the same for the eye.Yet it all consists out of the same building blocks, just differently organised.

Poem from Rumi, written in the 13th Century:

One Song
Every war and every conflict between human beings
has happened because of some disagreement about names.

It is such an unnecessary foolishness,
because just beyond the arguing
there is a long table of companionship
set and waiting for us to sit down.

What is praised is one, so the praise is one too,
many jugs being poured into a huge basin.

All religions, all this singing, one song.

The differences are just illusion and vanity.

We have borrowed these clothes,
these time-and-space personalities,
from a light, and when we praise,
we are pouring them back in.

Here is a video from LokiRat during visit to this work.