The "GAIA Theory Project" is a group project supported by the Linden Endowment for the Arts (LEA ) and presented by the Tanalois Group and the torno Kohime Foundation under the direction of Aloisio and Tani Thor Congrejo, and Nino Vichan . It is based on the Gaia theory of Lovelock and Margulis. 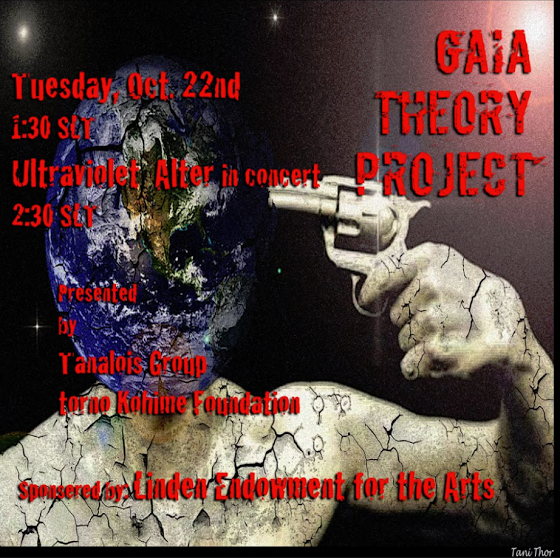 The Gaia hypothesis, also known as Gaia theory or Gaia principle, proposes that organisms interact with their inorganic surroundings on Earth to form a self-regulating, complex system that contributes to maintaining the conditions for life on the planet. (https://en.wikipedia.org/wiki/Gaia_hypothesis)
http://www.youtube.com/watch?v=wWlk6DVACOk


THE ORIGINS OF GAIA
by KICCA IGALY
Living Creatures, animals and plants, do not arise and develop in a vacuum, but, according to the theory of James Lovelock, they have an impact on the formation of a living planet with their presence and activities, which reacts to events and maintains the perfect conditions for life itself.
I wanted to represent the beginnings of life on a planet that was still hard and difficult, but has already changed its appearance in a profound way. 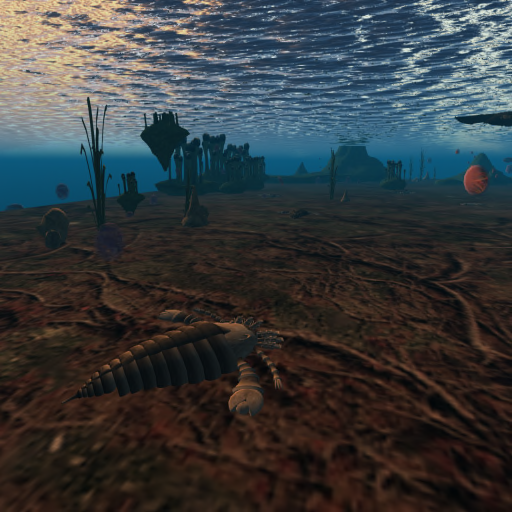 Dryad
by Cayenne Avon
Mystery, legend, nature, earth, air, fire, water; all the primal forces around us have their own power! We must have respect and cherish the life giving forces.
There are many beliefs about mystical creatures living in forests and one is the tree nymph known as the Dryad, the female spirit of the tree. The connection between the tree and nymph are so strong that if one dies the other dies too. 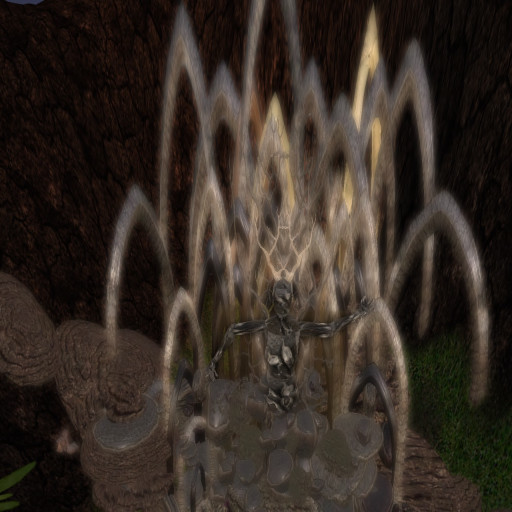 Trail of Extinction
by Nino Vichan
Humans can cause the extinction of another species in various ways. The animals that populate this "Trail of Extinction" have all become extinct. These extinctions have been influenced in some way by the behavior of humans over the course of the centuries.
The trail ends with an open-ended question - Homo sapiens - Extinction - ? 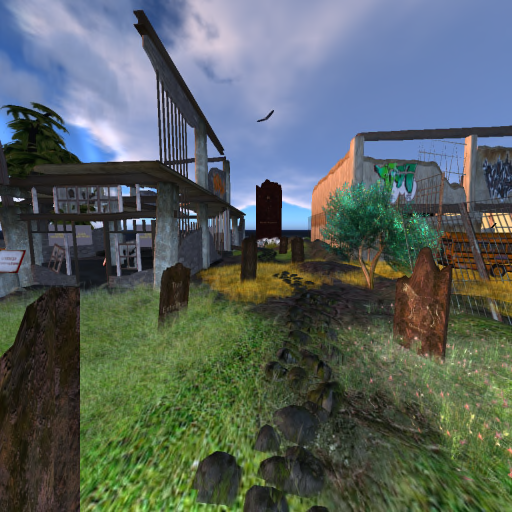 After Man - Photo
by Tani Thor
What will Gaia be like when the man comes to self-destruction due to wars, pollution and uncontrolled exploitation of resources?
Will Nature return to rule the earth?
In this exhibition I wanted to give an answer to those questions. 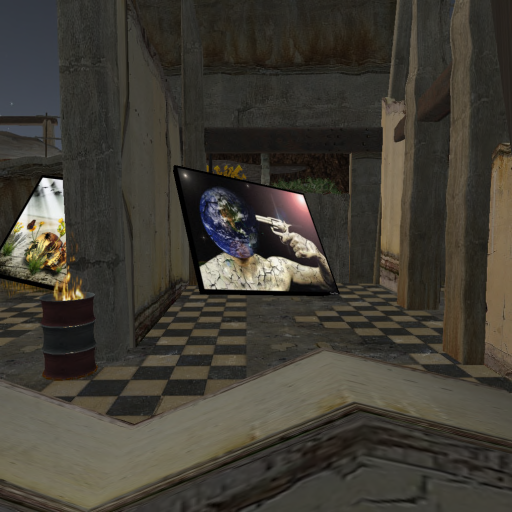 Alternate environments
by Melusina Parkin
“But man is a part of nature, and his war against nature is inevitably a war against himself.” (Rachel Carson, Silent Spring, 1962)
Man has been waging this war, and we see its aftermath in our cities, or in the landscapes violated by ugly buildings or by chemical trash or even by motor and chimney smoke. 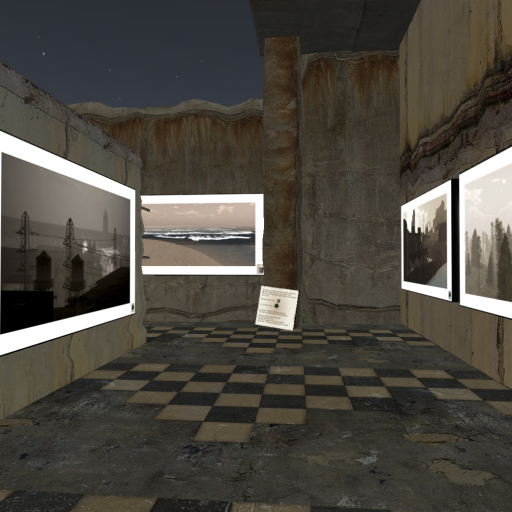 Worst Man-made Environmental Disasters of All Time
by Aloisio Congrejo
Bhopal, Chernobyl, Love Canal, Seveso
These are just a few of the names that have entered the lexicon of devastation wrought by the foolishness of mankind.
No one can change history, but how have we learned from the past?
Are the laws named after these disasters effective?
Is there a lesson here that can change our path into the future? 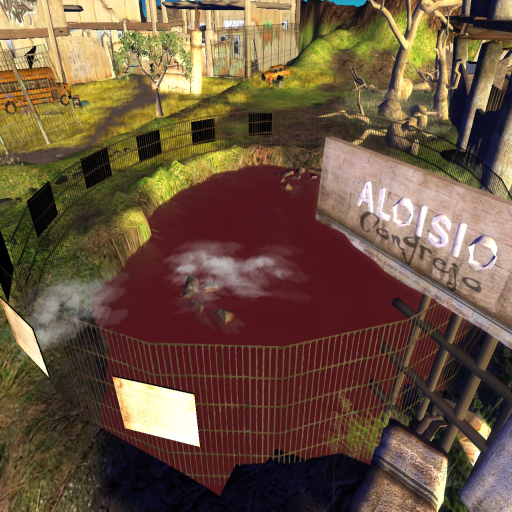 Koyaanisqatsi
by Nino Vichan
In the Hopi language, the word Koyaanisqatsi means "unbalanced life"
For this exhibit I have created five video stations based on the following five topics: Tornado, Hurricane, Earthquake, Tsunami, and Nuclear Pollution.
The Gaia Theory posits interdependence between organic and inorganic matter. This is realized in our world as a fragile and often chaotic dynamic between living creatures and their environment.
The forces of nature and the forces of mankind are often locked in a dynamic feedback loop that sometimes erupts in devastating and catastrophic events. If we do not learn to appreciate the consequences of the "unbalanced life" then we may affect this delicate balance in ways that we will come to regret. 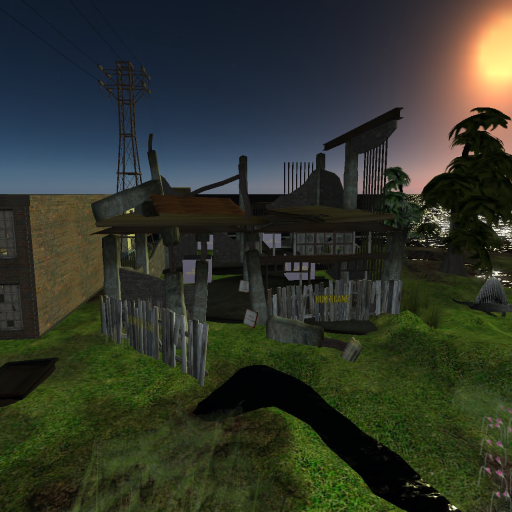 Amelioration?
by Aloisio Congrejo
Is nuclear energy safe?
What is the number of victims and the amount of damage that is acceptable to say that it is safe? 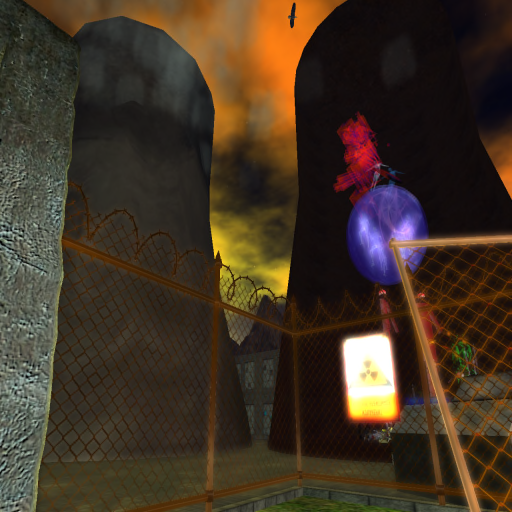 Macro-stones and Micro-Earth exhibition
by Gem Preiz
I feel amazed at how similar the Earth looks seen from very far away and what It what it looks like seen from very close. It sounds like a reminder to us that the Whole is made from the sum of its parts, both being of equal importance.
So is our action towards environment. We spoil the planet to the exact extent of the sum of each of our carelessness. The overall impact we have is the result of the addition of individual behaviors. 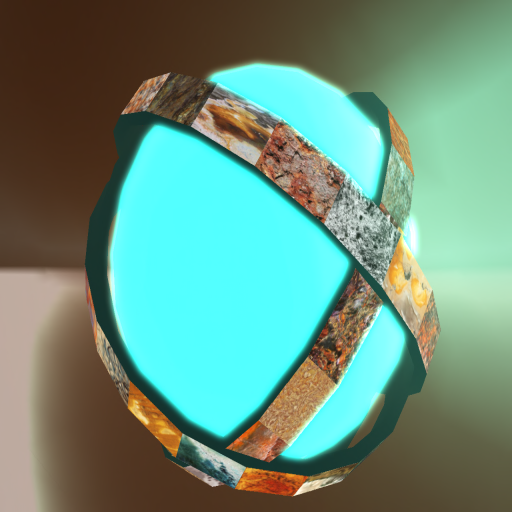 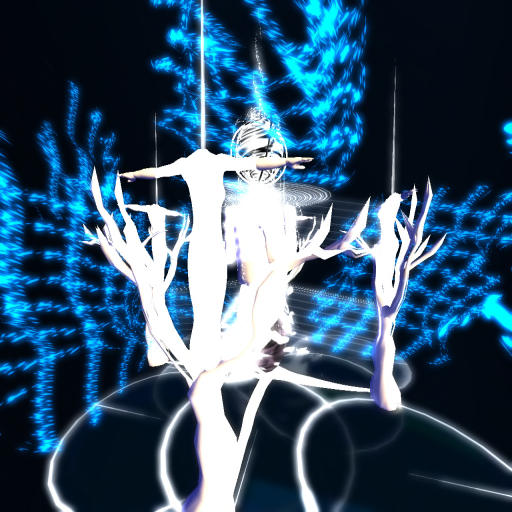 EVOLUZIONE, PROGRESSO?
by Daco Monday
The graphics in this exhibit are inspired by Futurism, (avant-garde movement of the "900 which was a myth, a blind faith in technological progress, the speed, the mechanization of life.) 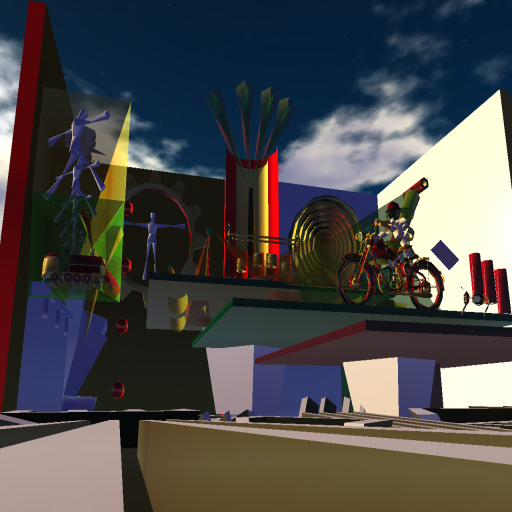 Wind Floaters  by comet Morigi
You see in this installation, that someone designed the wind current in this world, as if a god to people.
The work is about the relationship what's the creator and residents in this world. 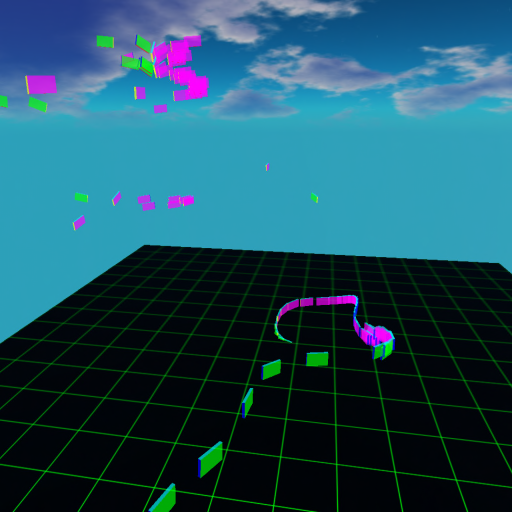 Gaia from Chaos
by Betty Tureaud
Gaia is, according to Greek mythology, the earth.
A modern New Age theory is that the Earth is a living organism with a soul, and that mother earth; quite literally, our parent in the form of Gaia, as a conscious being created us and all other life that she wants it.
Thus, man's existence is no longer a pure coincidence but a conscious desire from a higher power. 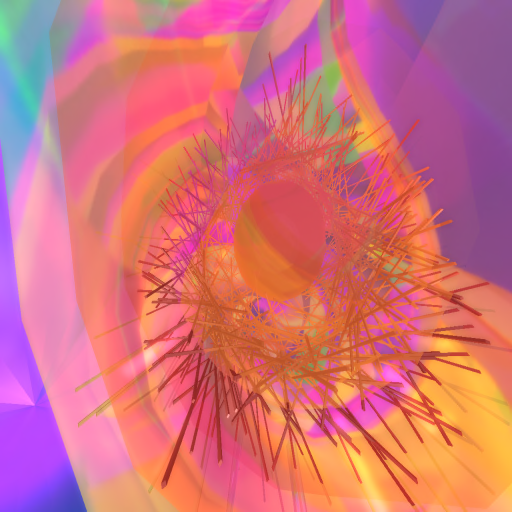