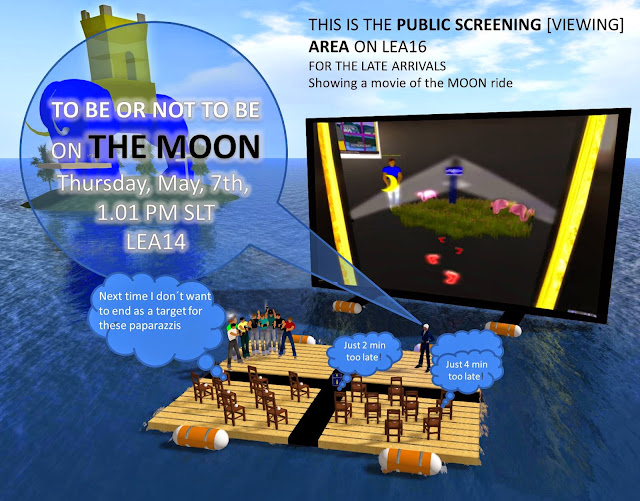 Let it be known that the Moon heads towards earth. On a parcel called LEA14 in the realm of Linden Endowment of the Arts it shall happen. Be aware that Bad Astronomy calculated the impact for Thursday, May 7, 2015, 1:01 PM SLT time.

There is an ongoing live report at rezmagazine.com – all running in the tickers along the Globe. As there is a run expected, the engineers of the MOONREZZER put up a public screening area at Translucent – LEA16 – a land gracefully shared by Dave Searby Mason for the benefit of late arrivers.

Posted by PatriciaAnne Daviau at 4:53 AM