Cocytus The 9th Circle of Hell - by Frankx Lefavre 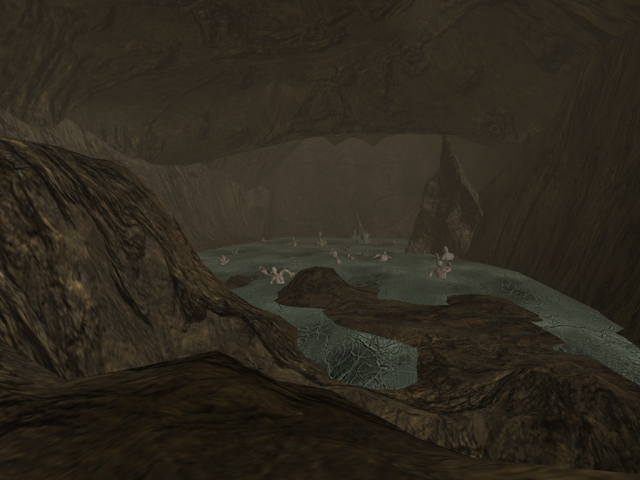 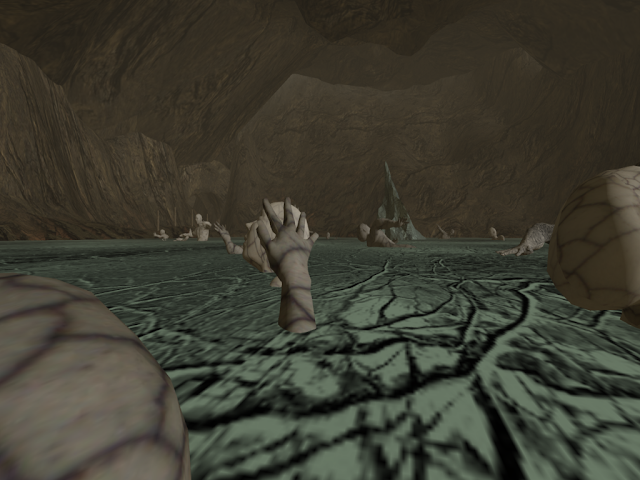 In his 14th century poem , The Inferno, the first part of his Divine Comedy, Dante describes his descent into hell accompanied by the poet Virgil.
This hell Dante imagined consisted of 9 circles, the last of which was named Cocytus.
Cocytus is about treachery.
Each of its 4 levels or circles represents a depth of treachery.
Caina: the first level is named after the biblical Cain, traitors to family and kindred are here.
Antenora: the second level, after the Trojan Prince Antenor of Troy, who betrayed his city to the Greeks, traitors to political entities and countries are here.
Ptolomea: the third level is for those who have betrayed friends or guest, named after either Ptolemy, the captain of Jericho who murdered his father-in-law and his two sons after honouring them with a banquet, or Ptolemy XII, the brother of Cleopatra who arranged the murder of the Roman general Pompey who was seeking refuge after his defeat at the battle of Pharsalia.
Judecca: the last and fourth level, named after Judas Iscariot, the betrayer of Jesus in the Christian religion is for the traitors to benefactors and their lords and masters.
On each level the figures are sunk deeper into the ice as the levels descend.
The sim is covered in mesh so as to give the feel of an underground world  made up of linked  caverns each with its own ambiance  and light .
There are 6 separate windlights on LEA18, which if visitors viewers are set correctly will automatically change as you walk into each new cavern.
Physics have been applied to most meshes so they can be walked on, including all the exteriors.
There are some sounds throughout the sim, mainly wind whistling through the  valleys, some mist can also be seen on the lower levels.
From the landing area, where there are two notice boards, one with a landmark in it for people to teleport back to the start, proceed across the bridge into the setting sun, along the ridge and down the stairs into the first of the caverns, then cross each ice lake as you come to them to find the entrances to the next levels.
Once again I would like to express my gratitude to the members of the LEA Council for their support and for the privilege they’ve extended to me with this  Artist in Residence grant.
Frankx  Lefavre  2015 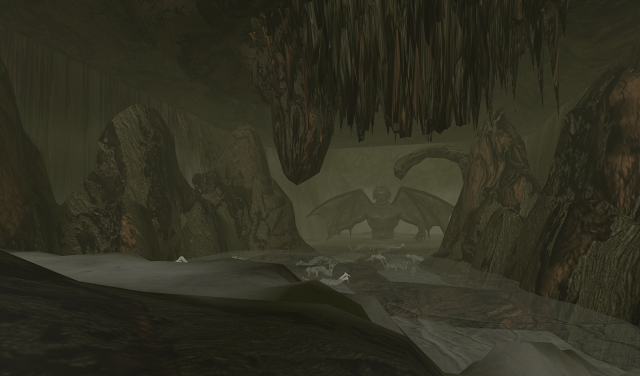 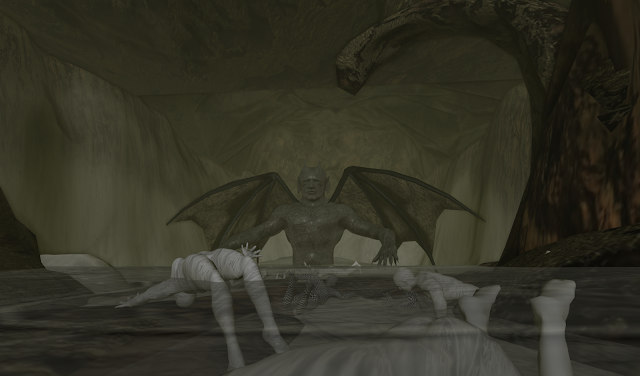 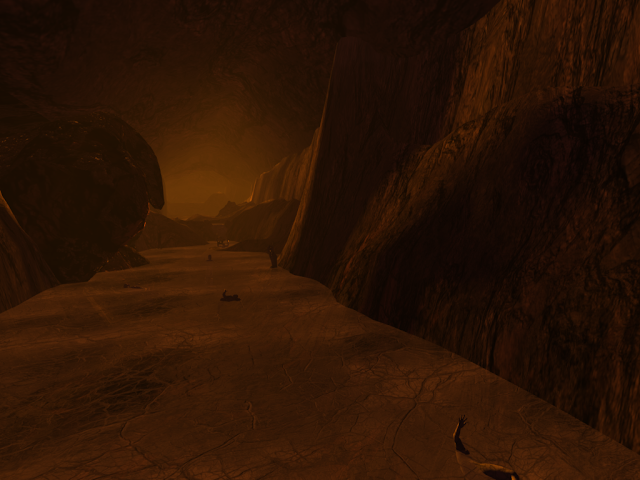 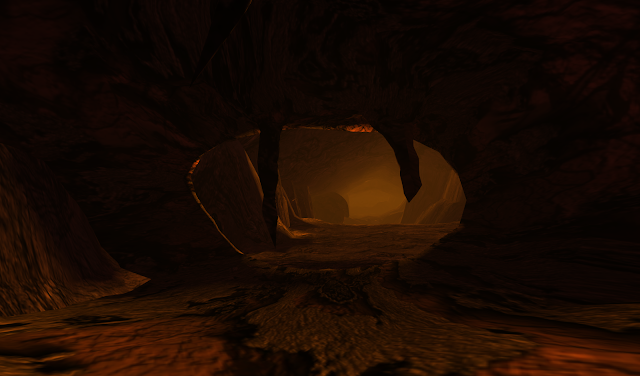 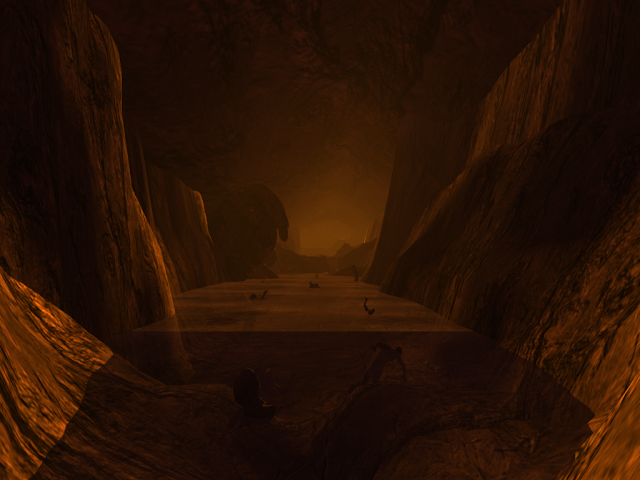 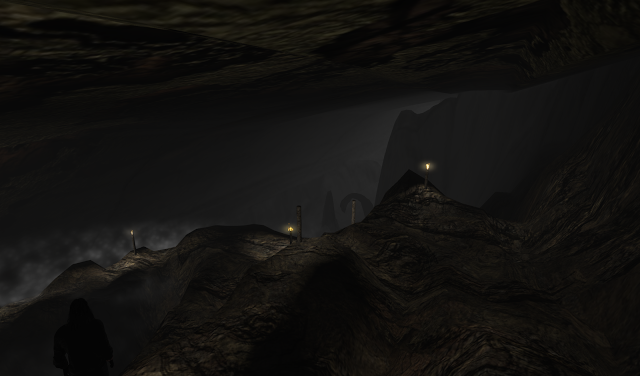 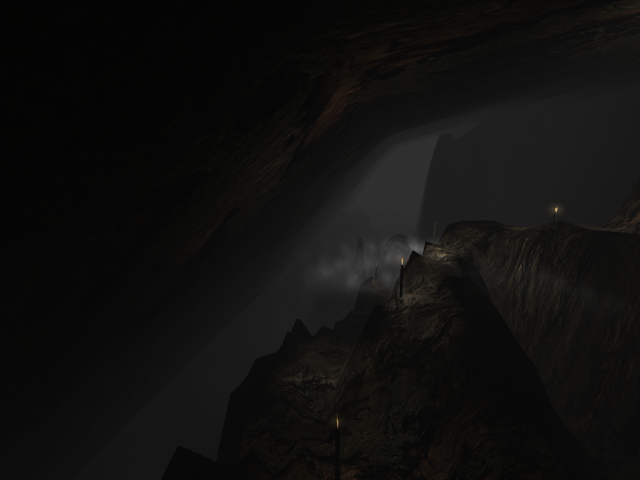 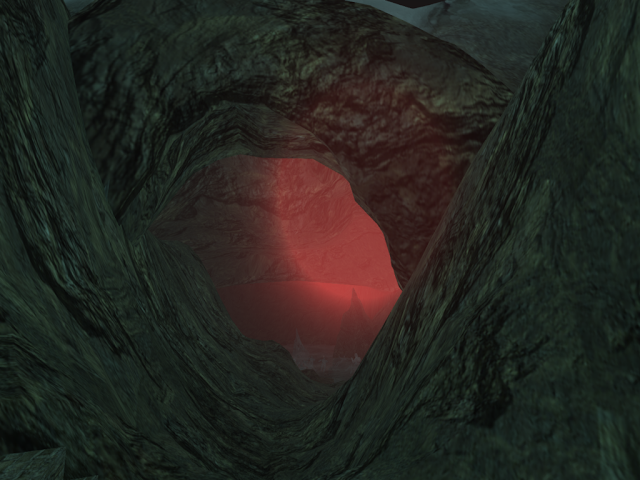 Cocytus First Entrance After The Bridge 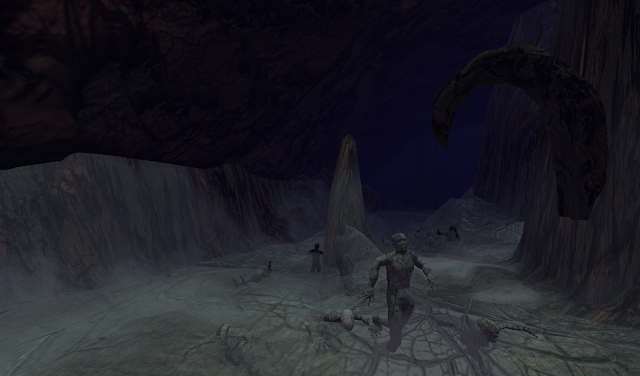 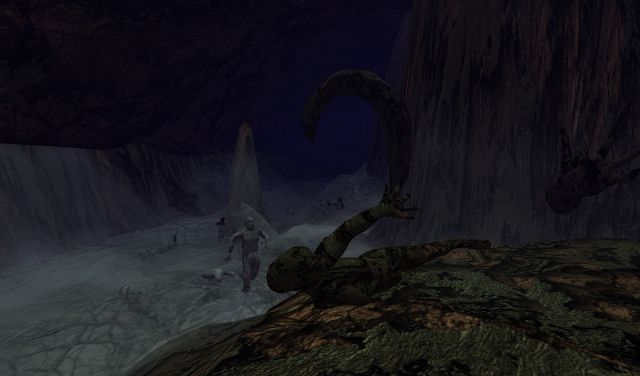 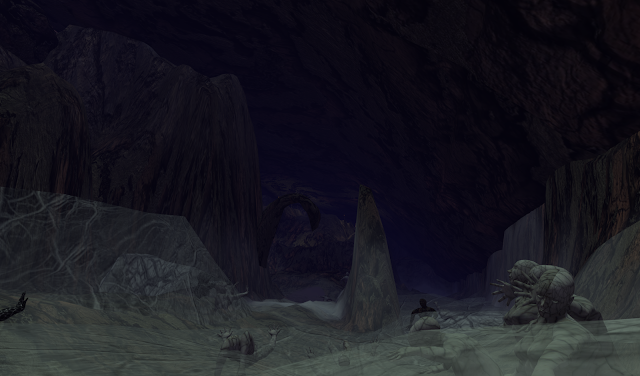