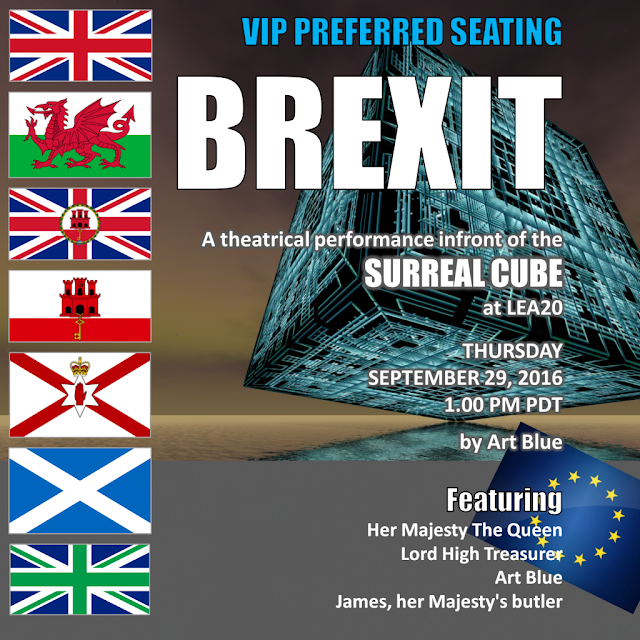 Intro: The Queen is having her regular afternoon tea in the saloon and the world around looks fine. The talks after some days passing on the Brexit have slowed down. The sun covers the Buckingham palace in a nice autumn light. Peace has found its way back to the Kingdom.
Then the door slammes open.
The Queen´s butler James rushing in:  “Your Majesty, Your Majesty. The crown will lose Scotland!”

How it came to the story: On September, 18, 2014 the Scottish people (from 16 years onwards) voted about the separation from England to gain full sovereignty as a separate country. The result was by 55% to stay as a part of the United Kingdom not very charming for the Queen. On June, 20, 2016 the supporters of the Brexit (“Leave the European Union”) made it by 51,9 %. That means that England, Wales, Northern Ireland, Gibraltar and Scotland have to leave. Only people above 18 years could vote there. The stats in Northern Ireland, Gibraltar and Scotland show that the majority there wants to stay in the EU. Also that the overwhelming majority of the young generation wants to stay in the EU. The Scottish Prime Minister calls now for a “second vote” to leave the United Kingdom so to stay in the European Union.
For more see http://whatukthinks.org/eu/wp-content/uploads/2015/12/Analysis-paper-3-Disunited-kingdom.pdf  (page 12)