Qualia - The Sentience of Being 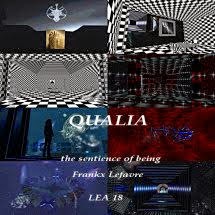 This sim art installation is based on the idea of Frank Jacksons philosphical thought experiment he called Mary's room.

These are his words

"Mary is a brilliant scientist who is, for whatever reason, forced to investigate the world from a black and white room via a black and white television monitor. She specializes in the neurophysiology of vision and acquires, let us suppose, all the physical information there is to obtain about what goes on when we see ripe tomatoes, or the sky, and use terms like ‘red’, ‘blue’, and so on. She discovers, for example, just which wavelength combinations from the sky stimulate the retina, and exactly how this produces via the central nervous system the contraction of the vocal cords and expulsion of air from the lungs that results in the uttering of the sentence ‘The sky is blue’. [...] What will happen when Mary is released from her black and white room or is given a color television monitor? Will she learn anything or not?"

You are now standing in Mary's room.

Outside, which is reachable by walking towards any of the 4 outerwalls which will open and close as you approach and then pass through them, you will find 4 walkways suspended in space. 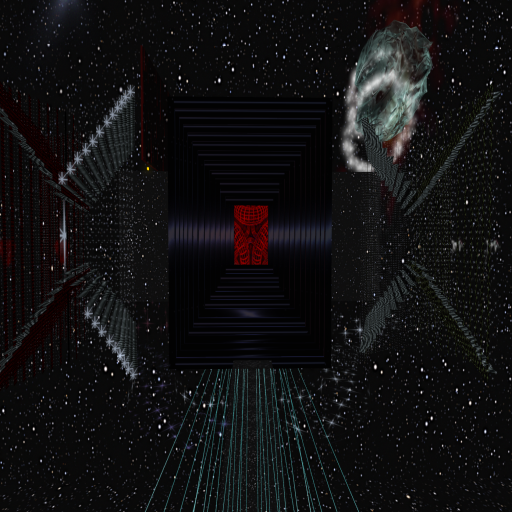 They lead to a 4 black cubes, each of which appears empty until you get close and enter them at which time their interiors will come into view. 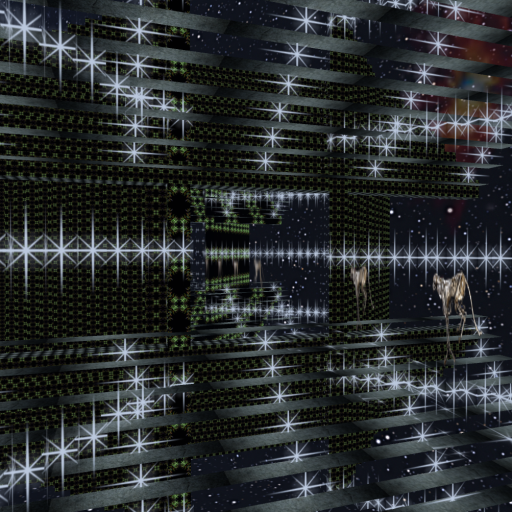 Linking each of the cubes are more walkways accessible by glass paths and stairs which lead up into them and along their interiors.

Occasionally an asteroid and comets will pass through the space. Other creations climb the outer walls amongst the stars and constellations.

I hope you enjoy this sim of mine and I'd also like to thank the Lea Council for their kindness in granting me this sim.