Marx Catteneo will Close up round 5 for his full sim LEA grant by doing 2 events in the sim that was built as filmset for the series Nin9. Builder Rachelle Raviprakash has made the outlines of the city and Marx added details lighting and interiors. 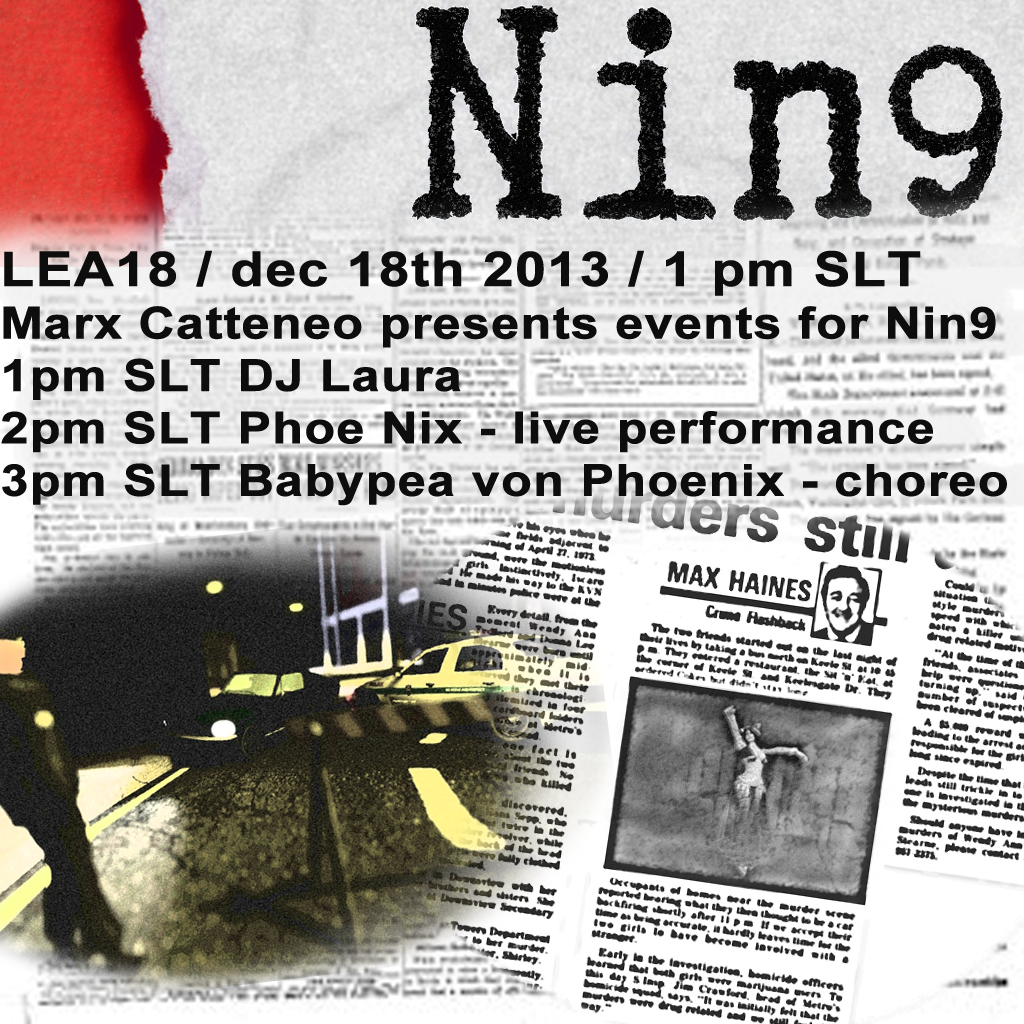 The event of December 18th will start off with DJ Laura, doing a one hour set of music of her choice.
Phoe Nix will do a one hour live performance, she has also adapted an 1920's song to be used for episode one of the series.
The finale on the 18th will be the dress-rehearsal of the Nin9 dance event choreography by Babypea von Phoenix, it's a dance on the Nin9 crime scene and the audience will be involved, on the 28th the entire dance will be recorded and those attending that one will be in the videoclip that will be made of that footage.

The entire month of December the sim is open for public and everyone is welcome to use it for photos or video, remember this sim is built for the Advanced Lightning Model so it will look much better "on Ultra" or "with shadows on".

Hope to see you all at the events,
Marx.